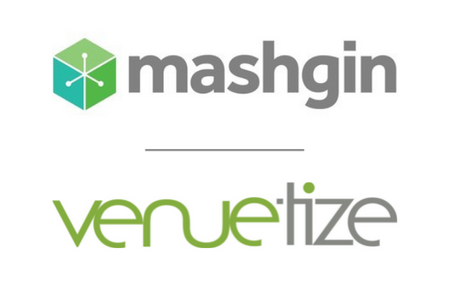 Mashgin, the AI-based touchless self-checkout company, has integrated with the Venuetize Mobile Wallet to offer optimized digital payment and checkout for the sports, entertainment, and hospitality industries.

Mashgin’s touchless payment system removes wait times and barcodes from the guest journey, and when our systems are integrated, users can seamlessly earn, redeem, and pay via self-checkout using their Venuetize Mobile Wallet. This in-venue point of sale purchasing experience is available across food and beverage, and merchandise and live today with the San Jose Sharks and the Oakland A's, with additional deployments scheduled.

“Our integration with Mashgin is core to optimizing digital payments and checkout. This supports our continued innovation journey to enable new mobile experiences for our clients and we look forward to the innovative work we will accomplish together.”

"We're incredibly excited to be working with Venuetize to offer customers a faster checkout experience at venues while maintaining the perks of being devoted fans. This partnership helps venues understand more about their customers across touch points, allowing venues to create more personalized experiences for fans." 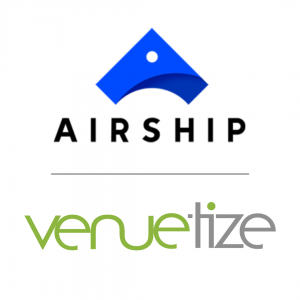 We are continuously investing in ways to enable clients to better engage with their fans, consumers, and users via our solution, moving to a “customer engagement platform.”

We’ve partnered with best-in-class market solution, Airship, for enterprise delivery of push notifications powered by the advanced Audience Segmentation from Venuetize. Audiences are synced between systems in real-time to deliver the right message, at the right time. What about users not opted-in for push notifications? We’ve implemented a message center and in-app messaging to continue to deliver messaging in a non-obtrusive way to ensure all users are delivered communications.

Valuable data, such as how users interact with the product, is orchestrated between Venuetize and Airship so we can better communicate, benefit and reward, and provide new experiences in a more personalized way.

What is Needed in a Mobile App? This question is very generic and broad, but there are a lot of underlying factors to be considered.

An Open Mind to Embrace Change

Be it adopting to new technologies or an integration that might need research and analysis, every company should be ready for change. It could be the way in which clients are presented with the sales pitch, or the handling of a global crisis like COVID-19, or productizing a new idea - we need to continuously think of innovative solutions.

I would like to give credit to our Creative Services Director, he explains the importance of UI and UX to our clients’ which makes a huge impact on development. Starting with the basics, usage of consistent brand elements like color, shape, and gradients from a client’s marketing catalogue is key. Collaborating with clients on the design dash and collecting their feedback as a user group generates lots of ideas and clarifications that will strengthen the application.

Creating entry points to features in an application is no simple task. You need to identify where the feature is placed in the app and on which screen. It also matters how many touch points the user must take before ending up on the desired screen. The fewer touch points to open a feature and the quicker you get a user to engage, the better. For example, an ecommerce application should quickly drive the user to checkout as soon as the user is ready to pay, if there are too many touch points, the user may either get confused or backout.

Most mobile applications are published to the Apple App Store or the Google Play Store. The Apple App Store holds the app submission for review as they analyze important API’s and features, and request explanations when needed. In early 2021, the Google Play Store started following Apple’s footsteps and tightened their review process for app submission. The review process and unexpected delays must be considered when generating timelines for project management.

The number of app downloads worldwide has continued to increase over the years. 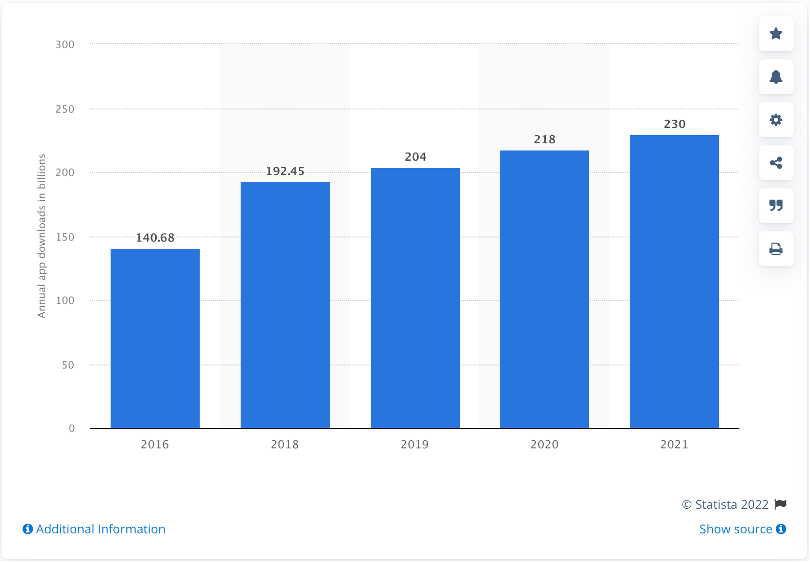 Data insights are the key to success for any client engagement. The amount of data collected, how vast it is, and how quickly you link the user to various engagements and journeys that are performed in the app, will help enable communication for clients. The more quality data and KPI’s you drive out of the app, the more elevated your company portfolio will become.

The architecture of data flow in mobile applications should meet local and federal guidelines and regulations, such as GDPR and CCPA. Ignoring the optimizations of handling data might create hurdles later in development or scaling. Combined with data orchestration tools and visualization giants like Tableau and Google Data Studio, you can architect your data in a well-organized way and prove that it is collected ethically.

Once you have collected the data, you can start targeting users with relevant information. You can do in-house segmentation based on the data or use tools for push notifications which enables the product to target users.

I mention the word quality in testing because without quality, an application will have a difficult time reaching stores. If the application has quality and stability, users are going to shower the app with high ratings and raving reviews. Testing must cover a wide spectrum, including simple to complex use cases and happy paths and un-happy paths; automating test scripts and stress testing also gives stability to the app.

Anticipating Change and Thinking About Scalability

Most clients want to change their content in-house, without having to submit requests to the app stores. The more the app is linked with a content management system (CMS), the more flexibility you can give clients to change or present users with relevant content. When it comes to scalability, it is part of the way in which the app is architected, including the backend support, infrastructure setup, the amount of flexibility in the CMS, and the ability to integrate and reuse third-party engagements.

Let's Get in Touch