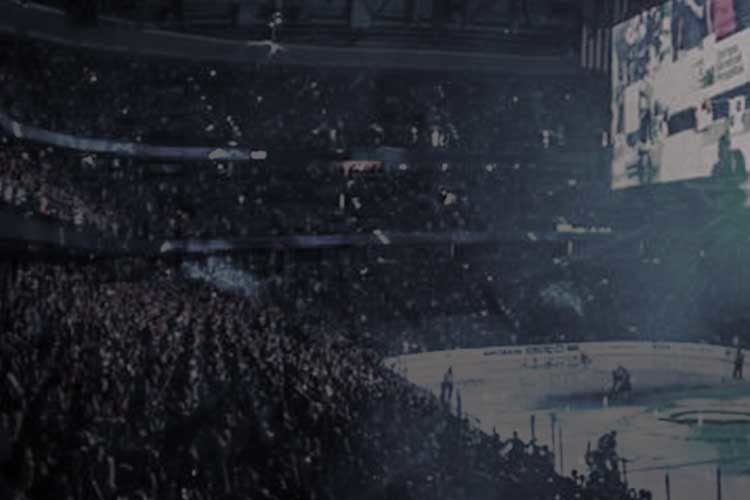 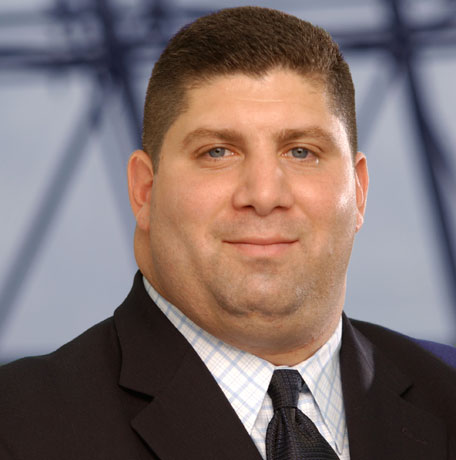 Jon serves as Chief Executive Officer of Venuetize and brings 25+ years of experience in the satellite, sports, media & entertainment, and telecom industries, with an emphasis on building competitive and profitable businesses. Most recently, Jon founded Vubiquity (fka Avail Media/Avail-TVN), where he held key executive roles, including COO and Chief Corporate Development Officer. At Vubiquity, he was responsible for all mergers & acquisitions (the company executed six in seven years), global strategy, development of new market verticals, expansion into new territories (the company operates in 30 countries), and held accountability for $250M in annual revenue.

Jon began his career with Hughes Television Network, where he was responsible for the delivery of sports programming from venues to primary rights holders for all of the major sports leagues. Jon has also held senior positions at BT Broadcast Services – first as GM for North and South America, and later as Head of Global Commercial Sales — and was President of Intelsat’s Media and Entertainment division.

What is your favorite sports team? As a native Bostonian, I maintain my love for New England sports, but my favorite players are my five children – and I follow their teams avidly. 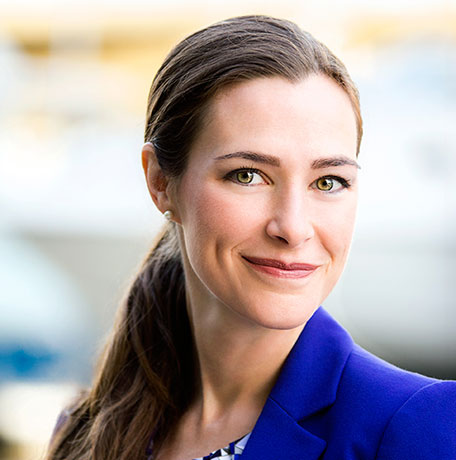 Karri serves as Chief Operating Officer of Venuetize, bringing 20 years of experience across technology, media & entertainment, and entrepreneurial startups. Prior to founding Venuetize, Karri served in a variety of senior roles at Vubiquity, including operations, commercial delivery, marketing, finance, and project management. During her 7 years there, Karri led efforts around post-acquisition integration (Vubiquity closed 6 acquisitions in 7 years), synergies, scalability, and automation. Prior to Vubiquity, Karri was founder & CEO of Media Gateway, a Dubai-based aggregation model business focused on global content rights aggregation and multiplatform distribution. Karri has a total of 5 start-up ventures under her belt, financed through both Venture Capital and Private Equity. Her prior experience includes business development roles at Showtime Networks, Arvato Mobile, and Dubai Media City.

What is something very few people know about you: I was the Iron Plebe in my class at the US Naval Academy. 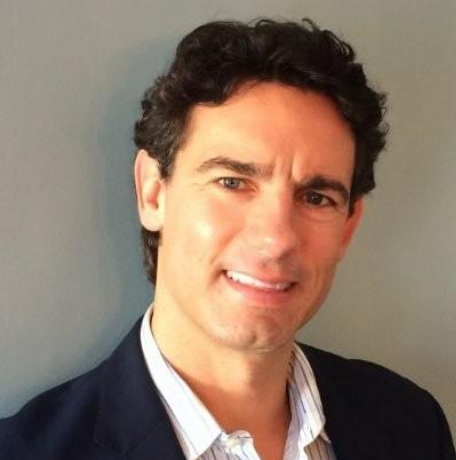 Craig, Venuetize’s Chief Revenue Officer, has spent most of his 20+ year career at data, analytics, and mobile technology companies, specifically focused on the sports, hospitality, and entertainment industries. Prior to Venuetize, Craig served in the role of VP of Global Partnerships and M&A at Mastercard, as part of their data and analytics division. He also spent five years at SAS (Analytics) where he started up and led the SAS for Sports vertical practice. In his current role as CRO at Venuetize, Craig is responsible for all revenue into the business and leads sales, alliances, marketing, customer success, and solutions engineering. He currently sits on Sports Innovation Lab’s Smart Venue Leadership Board and is a founding member of the Boston Venture Community Sports group.

If you could have any other job, what would it be? I’ve always dreamed about playing shortstop for the Boston Red Sox. Likely not going to happen at this point, but good news is I get to coach both my daughters’ sports teams and there is nothing more rewarding for me. 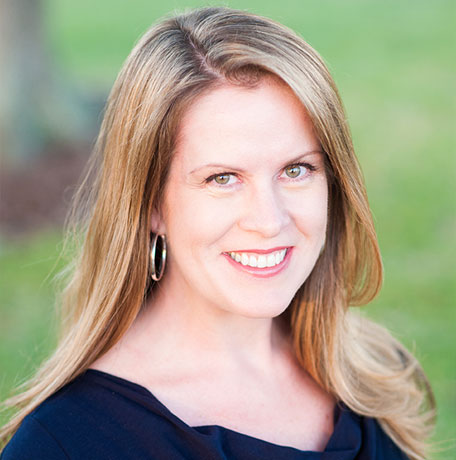 Jane brings a wealth of financial, operations, and HR experience to Venuetize, having served in key roles at both start-ups and large, publicly traded companies. Prior to joining Venuetize, Jane handled finance and operations at the Tampa Bay Technology Forum. Prior to TBTF, Jane served as Director of Shared Services at Syniverse Technologies, Inc., a leading mobile telecommunications company, overseeing and building a team with operations in the United States and India.

Can you share a fun memory? So many great times with the rest of my team back in my roller derby days in Boston.

Adam serves as Vice President, Product & Portfolio at Venuetize, bringing over 15 years of experience in the product and software development vertical, filling key roles in start-ups and at large, global companies. Adam joined Venuetize in early 2018 as a Product Owner, and has been integral in the evolution of the Venuetize platform. Prior to joining Venuetize, Adam spent the majority of his career in the Consulting Services space, mentoring Agile teams and deploying software products in the Retail, Financial Services, Healthcare, Hospitality, and Government Services industries. 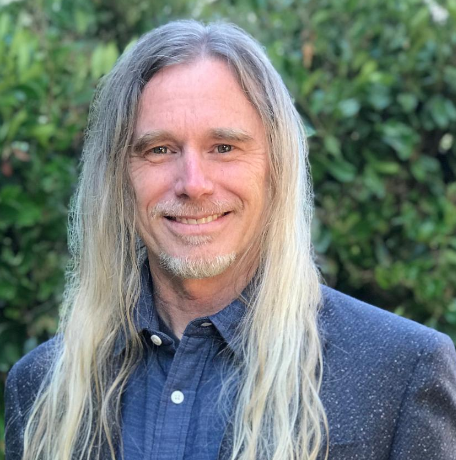 Eric brings 31 years of experience as a designer to Venuetize and has focused the last 5 years in the mobile space. A 1988 graduate of the Art Institute of Fort Lauderdale, Eric is an ongoing student of the fine arts and how it relates to the user experience. His passion for intuitive design, desire to understand the client’s vision, and veteran command of both the creative and business sides of any project have kept him relevant in an on-demand culture.

What is your favorite memory in sports? I was on the ice when the Colorado Avalanche raised the 1996 Stanley Cup. 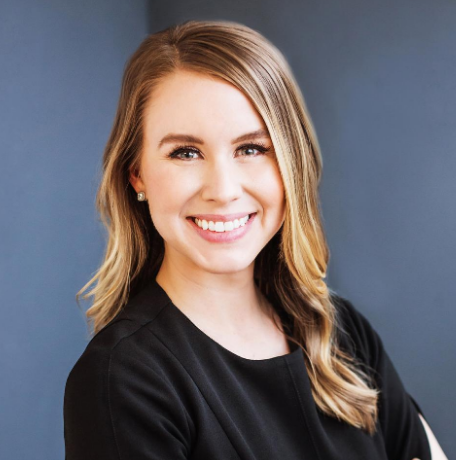 DC Ramsey is the Director of Marketing with 10 years of experience in sports and technology. Prior to joining Venuetize, DC led product launches at SAS Institute (Analytics) and also worked for Octagon on the agency side. She has worked on multiple PGA Tour Champions and LPGA events, as well as brands including Lexus, Mastercard, Topps, Toyota, Lucasfilm, and Sports Illustrated. She earned her Bachelors degree at Presbyterian College in Business and French. Currently she lives in Raleigh-Durham, North Carolina with her husband and golden retriever.

How did you break into sports? I volunteered for any and every sports opportunity I could get during and after college. That allowed me to build relationships in the industry and eventually get a full-time role. 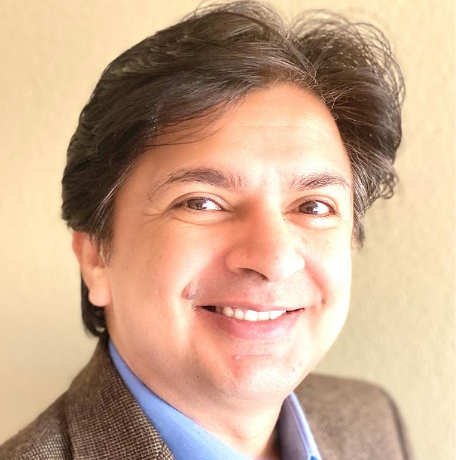 Asim brings 16 years of experience to the company with a background in technology, platform, and product management roles. He attended Florida Tech for Masters in Computer Science and has been a part of a variety of high-growth startups and technical consulting roles with the Big Four consulting firms. He started his career as a software developer in Florida and immediately immersed himself into the world of exciting possibilities with technology. He strongly believe that the key to success for any business is its people and has spent a majority of his career either working in or building a team of people with extraordinary talent and grit.

What is something many people don’t know about you? Back in the day, I used to play Tabla (An Indian percussion instrument). I love music in many of its forms and have a basic home music studio setup, which I use to record my daughter who loves to sing and play the piano. 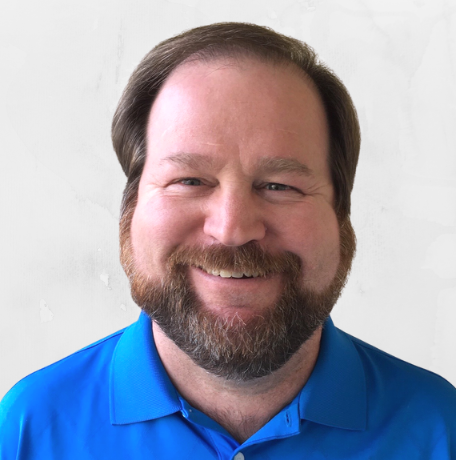 Clayton brings 25 years of Customer Service and Technical Support to Team Venuetize. He received BAs in both History and Technical Theater from Florida State University. Clayton worked 5 years with IBM End User Support, 10 years with PwC Internal Firm Services specifically the SAP based Financial Systems and roll out of the first mobile apps. He also worked with start-ups in the Point of Sale, Bank Card and Childhood Education industries.

What do you like doing outside of work? When the time and opportunity allow, I help make independent films in the Tampa area.

Cory brings 20 years of related experience to Venuetize with a background in banking software, eCommerce websites, and mobile apps. He started in mobile apps originally for the iPod touch, then expanded to the first versions of the iPhone and iPad. Working for a company which started several start ups, Cory had the opportunity to work on everything from iPhone games and iPad Comic Book readers, to biometric authentication and IoT applications. He earned his degree in Computer Information Systems from Clemson University.

What is a fun fact many people don’t know? As a Clemson Alumni I have attended at least one college football playoff game each of the last 5 years. 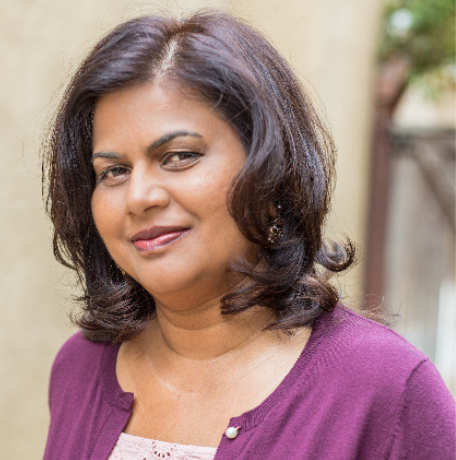 Archana brings over 25 years experience with technical leadership in mobile products and solutions. Her areas of expertise are in technical project development and management, software design and architecture, and custom mobile frameworks. Archana graduated with a B.S. in Computer Science from University of Pittsburgh and started her career in India at a startup in the automobile industry. In 2000, she moved back to the US in the year 2000 and worked for eMbience Inc. for 15 years where she led a team of software engineers to design and develop products and applications for the mobile environment and a team of software engineers in architecting and developing the company’s proprietary proximity-based content and campaign platform eMCards.

When you’re not working, what do you love to do? I love traveling and cooking new dishes from different cuisines. I have travelled to more than 15 countries. I enjoy visiting historical places and learning about new cultures. 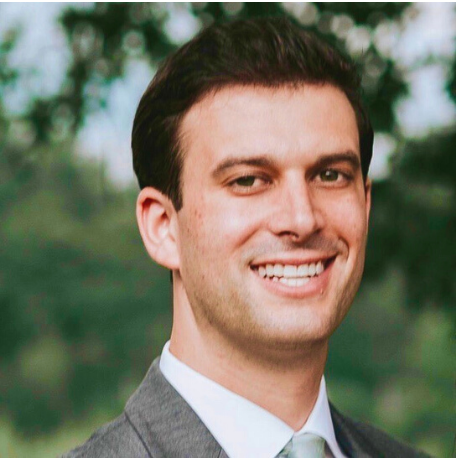 Sam brings 10 + years of experience in the sports industry to Venuetize with an emphasis on technology, innovation, and global trends in sports and entertainment. Sam graduated from the University of Southern California and started his career with the Los Angeles Clippers. He has been a part of many other notable organizations such as the Washington Nationals, Mobile BayBears (AA Baseball), Georgetown University, Oracle Sports & Entertainment, and Sports Innovation Lab.

After 3 cross country moves in 4 years, Sam, his wife Christine and their dog, Rookie, have made their home in Westlake Village, CA (just outside of Los Angeles) for the foreseeable future.